He was involved with the music at an early age because he comes from a musical family, where everybody can play an instrument – his father, brother and sister. When he was eight years old he started attending the music school and learned to play the accordion. In the eighth grade of elementary school he began playing synthesizer in the band, followed by the baritone and bass guitar.

His first experience with DJing dates back in 1999, when he joined the group PartyHouse DJs that played the then commercial dance music in various bars and discos.

In the autumn of 1999 he began attending college in Maribor and playing music at the STUK event centre. In January of 2000 he bought CD players Pioneer CDJ-100s. Thus his first mixes were made .

He played the commercial music and techno at the STUK event centre and private parties until the summer of 2001, gaining the experience of working with Pioneer CD players.

He made his first public house music performance in May of 2002 at the STUK event centre. Only playing music was not enough for him, so he decided to organize his first house party in the next year in 2003 to celebrate his birthday. The party was held at the then bar Lampa Pub in Polzela and had a great response and atmosphere. Thus he further organized over 20 parties in different places in the following years. The most notable series of parties was Watch the Sunrise, with 16 performances being made in the Cocktail bar LePlac in the years from 2006 to 2008.

In 2006 he decided to abandon the commercial music and appeared on the scene strictly as a house DJ. He performed in different clubs and at various parties.

In 2011 he entered the Resident DJ Contest at the Disco Planet TUŠ in Celje. He made it to the finals among 25 DJs that gathered votes for their sets through Facebook. After giving live performance at the Disco Planet Celje TUŠ and competing against 10 other DJs, he became the winner of a contest.

Consequently, he returned to commercial music in 2011  and began playing in various private parties, anniversaries, weddings etc. As expected, he did not stop playing house music that remains his primary interest. 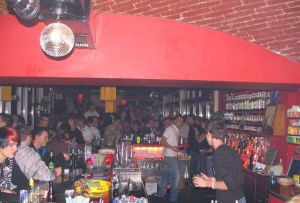 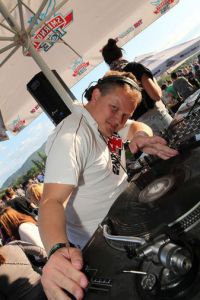 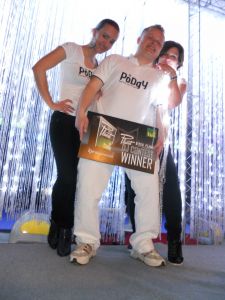